(THE COMIC ART OF GUILLERMO FORCHINO)

(THE COMIC ART OF GUILLERMO FORCHINO)

Medium Golf Car Cream
It was a beautiful Sunday in spring. That day Dick and his buddy Harry promised to play without their usual squabbling. Everything was going fine until Dick decided to remove a small stone that bothered him on his putting line on the green of the third hole. Harry didn¢t want to let him do it, but after some heated discussion he finally gave in. But when he removed the stone, a big clump of dirt stuck to it, which left an enormous hole. From that moment on Dick lost his usual concentration and calm. He completely messed up his usually superb swing. It was not because of the two wrong balls he played in a row, nor because of his broken club – a three- wood on the sixth hole, and not even because of the four balls he lost, which infuriated him – but what really got to him was that sneering smile on Harry¢s face as he sat behind the wheel of that little cart. That grin…was totally unbearable!

FILTER BY BRAND
FILTER BY CATEGORY
Eshop for Customers from Greece 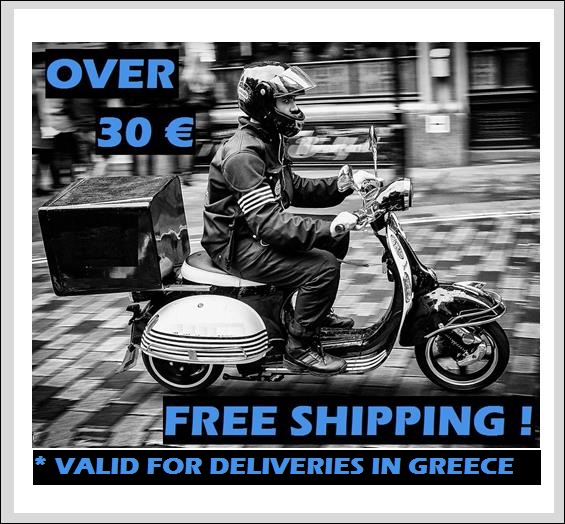 This website uses cookies to improve your experience while you navigate through the website. Out of these, the cookies that are categorized as necessary are stored on your browser as they are essential for the working of basic functionalities of the website. We also use third-party cookies that help us analyze and understand how you use this website. These cookies will be stored in your browser only with your consent. You also have the option to opt-out of these cookies. But opting out of some of these cookies may affect your browsing experience.
Necessary Always Enabled

Any cookies that may not be particularly necessary for the website to function and is used specifically to collect user personal data via analytics, ads, other embedded contents are termed as non-necessary cookies. It is mandatory to procure user consent prior to running these cookies on your website.

SAVE & ACCEPT
Scroll Up
0